Please have a look into our complete Quarterly investment letter here. 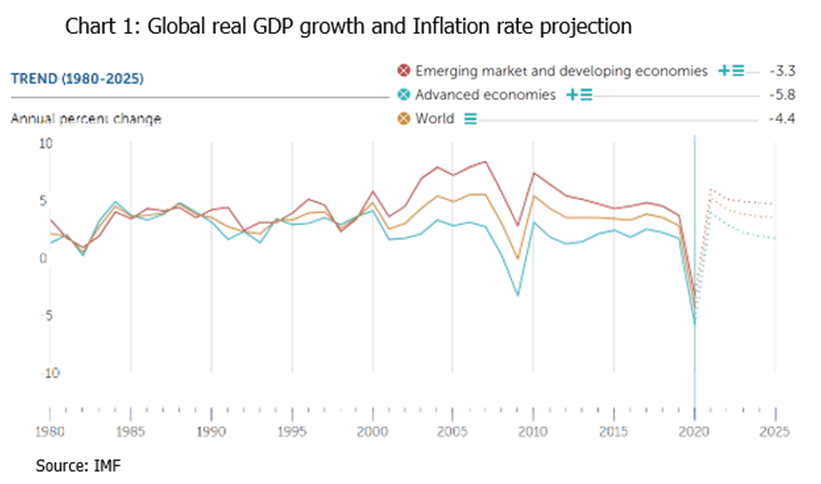 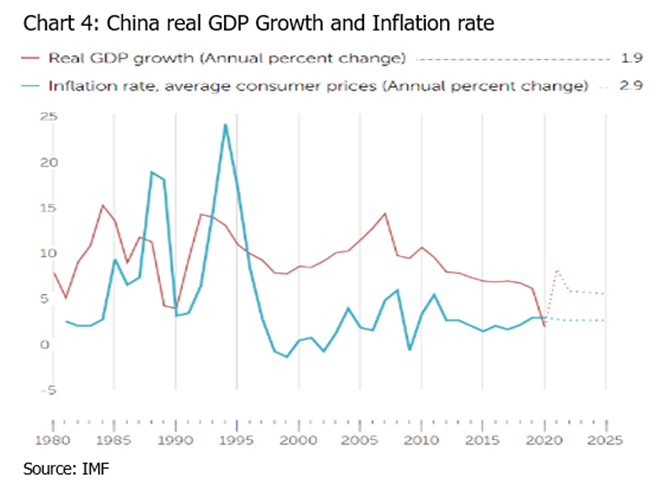 The tech-heavy NASDAQ composite index enjoyed a dizzying run of roughly 20% through early September, but bled the gains during the month, ending the quarter up 11.2%. The largeand mid-cap Russell 1000 index and the small-cap Russell 2000 index both enjoyed smaller but robust runs, jumping roughly 16% and 11% respectively through early September, before settling to gains of 9.5% and 4.9% at quarter’s end. For the year through September 30th, the Russell 1000 index was up 6.4% and the Russell 2000 index was down 8.7%.

For Hong Kong and Mainland stock markets, although the Sino-US tensions and the unpredictability of the pandemic remain a major risk, the positive fact is that the Mainland economic growth will assumingly improve further in 2H2020, and this should support the equities. Going forward the major catalysts would be vaccines development in China or potential improvements in Sino-US relationship. Consumer sector will remain the primary focus of the stock market during the quarter. In addition to online shopping platform which has been welcome much by investors so far this year, we expect beverages manufacturers, restaurants, athletic goods and auto stocks are among those benefiting from the domestic economic recovery and the internal circulation theme. Leading brands associated with high quality products and higher margin business models will benefit from consumer demand for consumption upgrade and improving awareness of health conscious. 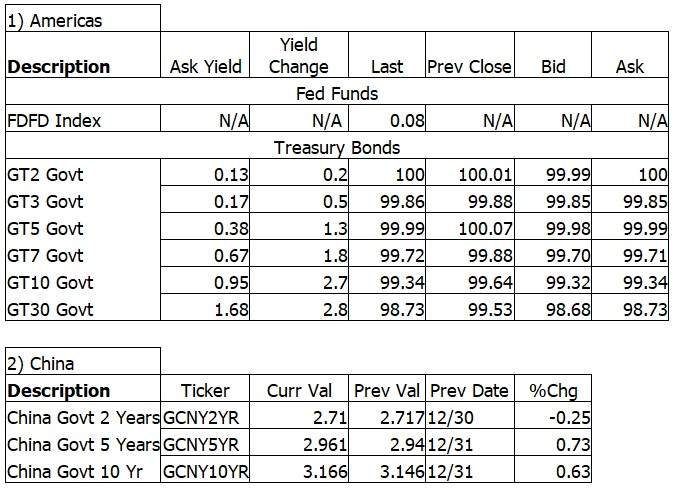 On bond market, 10-yr US Treasury had rebounded from 0.69% as at 30 Sep 2020 to 0.95% as at 31 Dec 2020. It was mainly due to the optimism of the financial markets about the Covid-19 vaccination. There were substantial inflows of funds into bond markets after the fiscal stimulus from US Government and the abundant liquidity provided by FED. Credit spreads of investment grade bonds tightened more than 25 bps in the fourth quarter of 2020. The high yield sector followed a similar path in credit spreads throughout the quarter.

Global stocks and other riskier asset classes continued to rally during the fourth quarter.

According to the IMF, Global growth is projected at 5.2 percent in 2021,reflecting a more moderate downturn projected for 2020 and consistent with expectations of persistent social distancing measures. Following the GDP contraction in 2020 and anticipated recovery in 2021, the level of global GDP in 2021 is anticipated to be a modest 0.6 percent above that of 2019 (pre-COVID period). The growth projections imply wide negative output gaps and elevated unemployment rates this year and in 2021 across both advanced and emerging market economies. The emergence of a new variant virus poses additional headwinds to the global economy.

We remain cautiously bullish about the economic outlook. The US Fed continues to maintain an accommodative policy stance for the US economy. The new Biden Adminstration brings relief and opportunities as compared to the previous administration but also potential risks with regards to existing and new policies that they may roll out.

While the economy rebounded from the contraction in the 1H2020, the following factors are likely to determine how the recovery develops in 2021 such as; i) the scale of the ongoing COVID-19 resurgence along with a variant of the virus and any resulting containment measures, ii) the resulting effects on the labor markets and household consumption and income, iii) the size and timing of additional fiscal and monetary stimuli, and iv) the progress on the COVID-19 vaccine front.

The trade war between the U.S. and China is likely to be more constructive under the Biden Administration and we do not foresee a return to pre-Trump era relations with China.

The Chinese economy has returned to almost pre-pandemic output levels—a significant achievement given the depth of the first quarter downturn. Consumption has caught up to production and is likely to impact the outlook for government policy.

The government and People’s Bank of China (PboC) have been discussing when to start reducing the amount of stimulus. The most likely outcome is a continuation of the hand-over from monetary policy to fiscal stimulus. Fiscal policy should remain supportive through 2021. More stimulus may be announced at the National People’s Congress meeting (likely in March 2021) as the government continues to support consumption.

Moreover, if a vaccine is widely introduced in the coming year, it could lead to a deceleration or decline in demand for pandemic related goods. Thus, the surge in China’s exports might subside. Plus, a post-pandemic world will likely entail a shift in consumer spending away from goods and more toward the products that consumers have avoided over the past year. Tourism, for example, will likely surge. A return to global travel will likely lead to a big increase in Chinese tourism, thus reducing the country’s trade surplus. 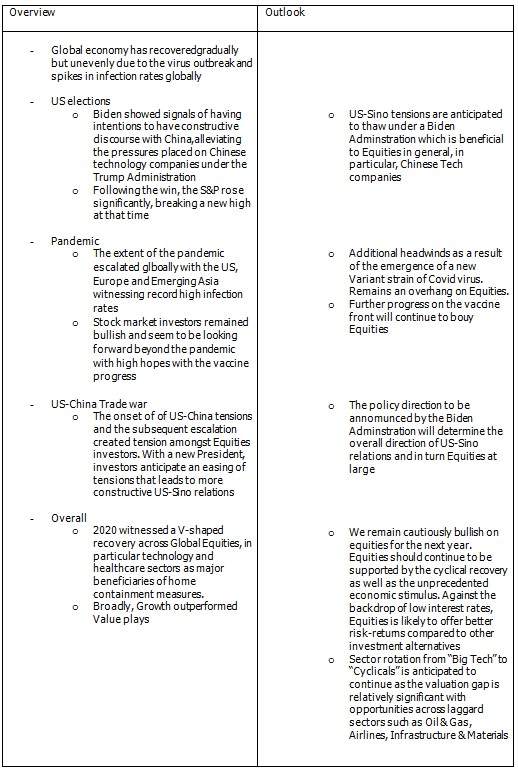 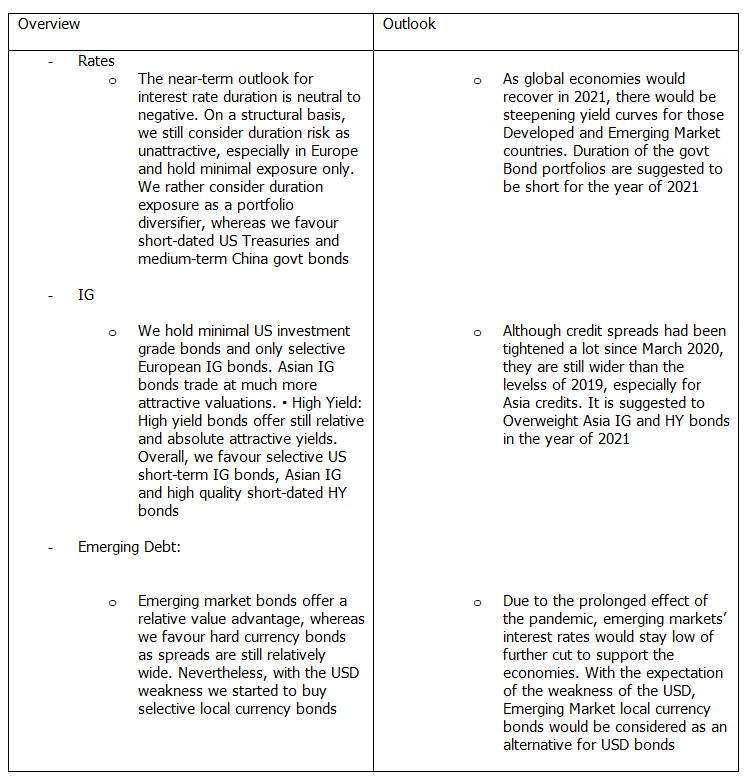 The information contained in this website is for general information purposes only. The information is provided by Raffles Family Office Limited and while we endeavour to keep the information up to date and correct, we make no representations or warranties of any kind, express or implied, about the completeness, accuracy, reliability, suitability or availability with respect to the website or the information, products, services, or related graphics contained on the website for any purpose. Any reliance you place on such information is therefore strictly at your own risk. In no event will we be liable for any loss or damage including without limitation, indirect or consequential loss or damage, or any loss or damage whatsoever arising from loss of data or profits arising out of, or in connection with, the use of this website. Through this website you are able to link to other websites which are not under the control of Raffles Family Office Limited. We have no control over the nature, content and availability of those sites. The inclusion of any links does not necessarily imply a recommendation or endorse the views expressed within them. Every effort is made to keep the website up and running smoothly. However, Raffles Family Office Limited takes no responsibility for, and will not be liable for, the website being temporarily unavailable due to technical issues beyond our control. All personal information provided via this website will be considered as confidential, and we shall only use this information for internal purposes to ensure compliance with our regulatory obligations. Users of this website expressly agree that, notwithstanding all precautions in place, the internet network does not constitute a fully secure means of communication of information and that you use the Internet at your sole discretion and own risk to the exclusion of any liability to us, inter alia in case of interception by third parties of any of the information you provided on this website. Raffles Family Office Limited observes the provisions of the Hong Kong Personal Data (Privacy) Ordinance, Laws of Hong Kong (Cap 486) and the Singapore Personal Data Protection Act 2012 when processing any personal data. This website uses cookies, particularly for site maintenance purposes and to collect technical information on website utilisation. This website and the information included herein is not intended for public use or distribution and is subject to updating, revising, completion, verification, amendment and deletion without any notice. Any research or analysis used to derive, or in relation to the information has been procured from sources deemed reliable by Raffles Family Office Limited for its own use, without taking into account the investment objectives, financial situation or particular needs of any specific investor. The content of this website is the sole property of Raffles Family Office Limited and is protected by copyright. By using this website, you agree not to copy, duplicate, store, reproduce, retransmit, distribute, disseminate, sell, publish, broadcast or circulate the contents of the website, directly or indirectly, to anyone for any purpose without our express prior written consent. Nothing on this website should be considered as granting any licence or right under any trademark of ours, our licensor, or any third party.

IT IS UNDERSTOOD THAT BY CLICKING ON ‘ACCEPT’, YOU EXPRESSLY ACKNOWLEDGE AND AGREE THAT YOU HAVE FULLY READ, UNDERSTOOD AND ACCEPT ALL APPLICABLE TERMS AND CONDITIONS OF USE AND ALL LEGAL AND REGULATORY RESTRICTIONS THAT MAY AFFECT YOUR ELIGIBILITY TO ACCESS THIS SITE.