“The 50 BP uptick for June is already fully priced in in the market and should not be unexpected by both street and wall street. Going forward entering the Q3 Would be upper bound 2.25 meaning base case is 25 BP every month.”

The key data here is inflation, if we do not see signs of tampering, that’s when Fed will come in aggressively again at 50 BP higher.

So, is the peak inflation moderating or behind us? Two side of the coin 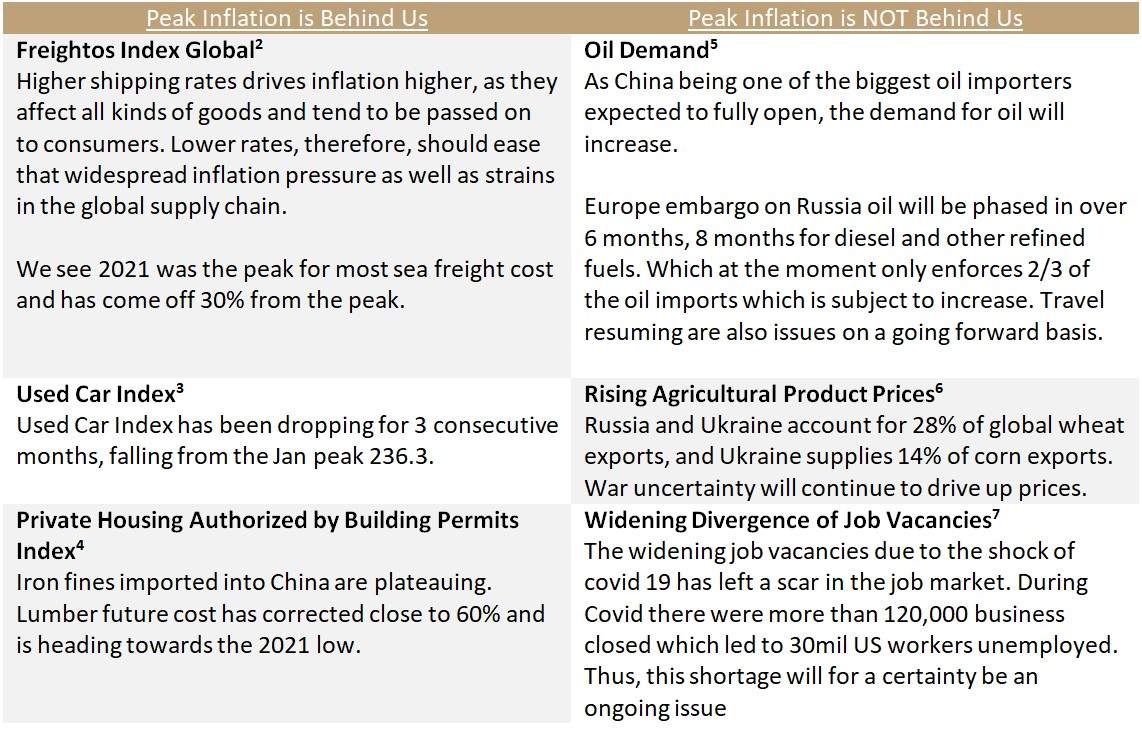 As China further relaxes restrictions amid falling COVID situations, initial data has started to show sequential improvement in economic activity from the trough in April. We continue to expect a recovery in the second half of this year and see opportunities in cyclical and value sectors for near term equity positioning.

The latest Caixin purchasing managers’ index showed that China’s services activity contracted for a third straight month in May, as Shanghai remained in lockdown last month and mobility restrictions were in place in multiple other cities including Beijing. The May print came in at 41.4, well below the 50-point mark that separates growth from contraction.

However, the economic indicator has already shown sequential improvement from April’s 36.2, following a similar pattern in the official survey by National Bureau of Statistics last week. There are also signs that a recovery is on track into the second half of the year, barring any fresh prolonged lockdowns in major cities from significant COVID resurgence.

COVID-related curbs are easing gradually. Indoor dining in most of Beijing has resumed this week, with traffic bans lifted. While residents still need to show a negative COVID test before entering public spaces, working-from-home is no longer a requirement. In Shanghai, people took almost 2.4 million rides on the subway last Saturday as the financial hub emerged from the two-month lockdown, well above the 30,000 level a week ago. Shops have reopened and some students are expected to return to classrooms this week.

Travel and tourism activity recovered from April-May trough. While the omicron outbreak has hit people’s willingness to travel long distance, domestic air travel recorded an uptick during the Dragon Boat Festival holiday over the weekend. Tourism activity during the three-day holiday period also saw an improvement from the Labor Day holiday in early May and Qingming Festival in April, with number of tourists reaching close to 90% of pre-COVID level and revenue at over 65% of that in 2019. We still expect consumption and services to recover more slowly than industrial production and infrastructure investment, as they are more affected by social distancing measures, existing employment pressure and slower income growth.

Supply chain companies point to better consumer demand. Sales from companies including Hon Hai Precision and Largen Precision in May grew from those in April on the back of robust shipments of consumer smart products, reflecting improving demand for mobile phones and personal computers. The companies have also guided for further upside in June as COVID curbs ease. We expect recovery in economic activities to be more visible from June as Shanghai is scheduled to reopen fully by the end of this month. While China’s zero-COVID strategy and rolling mini-lockdowns may continue to weigh on economic growth against a backdrop of headwinds including geopolitical tensions and potential regulatory surprises, we do expect the growth momentum to pick up in the next six months with more policy support coming through. We are slightly more positive on China equities within our portfolio, forecasting a still-decent earnings growth of 9.8% this year. We favor cyclical and value segments in the near term, and continue to like digital economy for the mid to long term.

Consensus estimates for US CPI release, which is a 0.7% month-over-month rise in headline CPI with risks skewed to the upside, have raised worries about the Federal Reserve’s ability to bring inflation under control while avoiding a recession. The outlook for the Fed is consistent with market pricing for 50bps hikes at each of the next three FOMC meetings. Still, we expect inflation to moderate by year-end but remain well above central bank targets. And while the CPI releases grab more headlines, when determining monetary policy PCE inflation is the measure that the Fed focuses most on. April’s release showed a month-over-month increase of 0.2%, the smallest since November 2020.

As recent data on the labor market and consumer spending have been positive over the past two weeks, markets have become less worried about near-term recession risk. This is consistent with our view that economic growth should slow to around or below trend but remain above zero. But consumer sentiment is still fragile, especially during high inflation pushing up the cost of living, and the risks are skewed to the downside. As growth fears have ebbed, inflation has resumed its role as the primary market driver. This is evident in equities and bonds both selling off after the May CPI data release.

With central banks in most major developed countries taking aggressive action to bring down inflation, risky assets are likely to remain volatile and struggle to sustain the rally. This dynamic will persist until there is clear indication that inflation is trending downward, which may not occur until well into the second half of the year. On top of this, geopolitical risks: Russia’s invasion of Ukraine looks increasingly set to turn into a prolonged conflict, adding to the potential for more severe disruptions of energy and food supplies and thus higher commodity prices. Meanwhile, China’s commitment to its zero-COVID policy means that brief targeted lockdowns could continue to weigh on economic activity and investor sentiment.

It is crucial for China to reopen its economy in the summer (i.e. June/July period) in our opinion as that would help ease some of the cost-pushed inflation that we have previously mentioned a few months ago. With the summer looming, a peak period for energy (oil & gas usage in the US), energy prices and in turn, inflation data will continue to rise if no relieve is seen on the supply chain bottlenecks (which we believe is a key driver of global inflation rather than demand). We do not expect the Russia-Ukraine war to ease anytime soon, adding to sustained inflationary pressures if China doesn’t reopen in summer. The combination of both seasonal energy demand and continued supply bottlenecks may exacerbate inflationary concerns.

(i) to continue to monitor the chances/probability of Chinese economy reopening from loosening of pandemic measures in June/July;

Overall, continue to favour Value over Growth stocks against a backdrop of uncertainty over the control of heightened inflation, market sentiment over the looming quantitative tightening (“QT”) in the US in mid-June as well as the continued escalation of Russian-Ukraine war;

Continue to employ more tactical short-term trades in order to capture opportunities arising out of ongoing market volatility; put on partial hedges as well as hold a sufficient level of cash in the portfolio to remain defensive and to stay nimble amid continued market volatility. 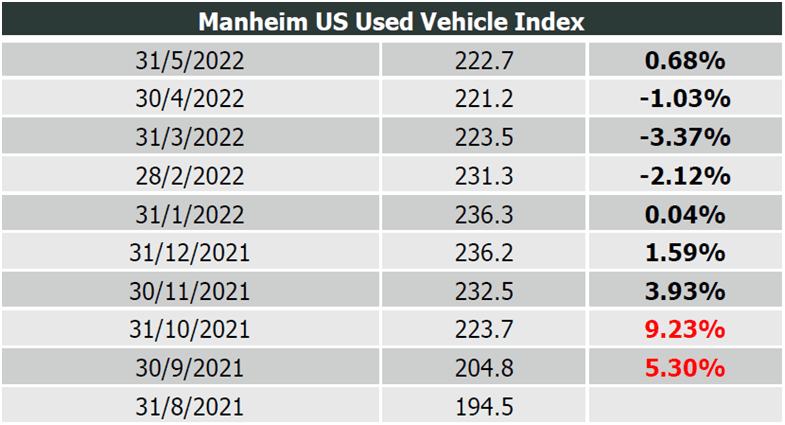 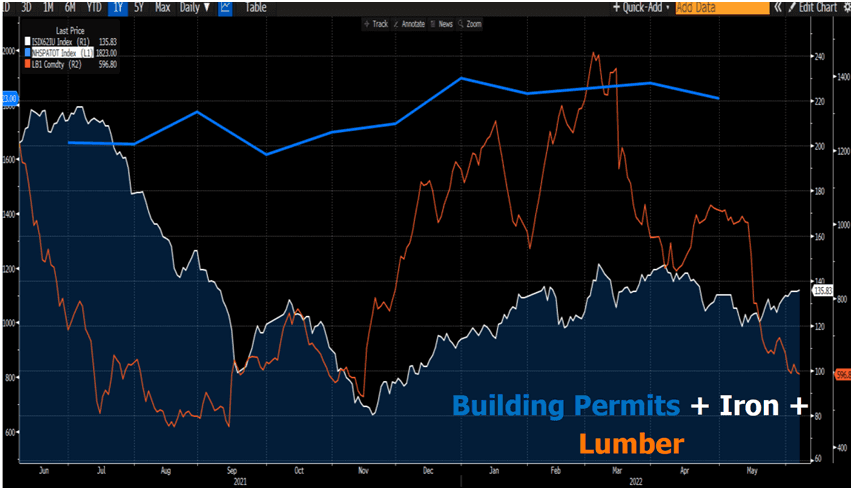 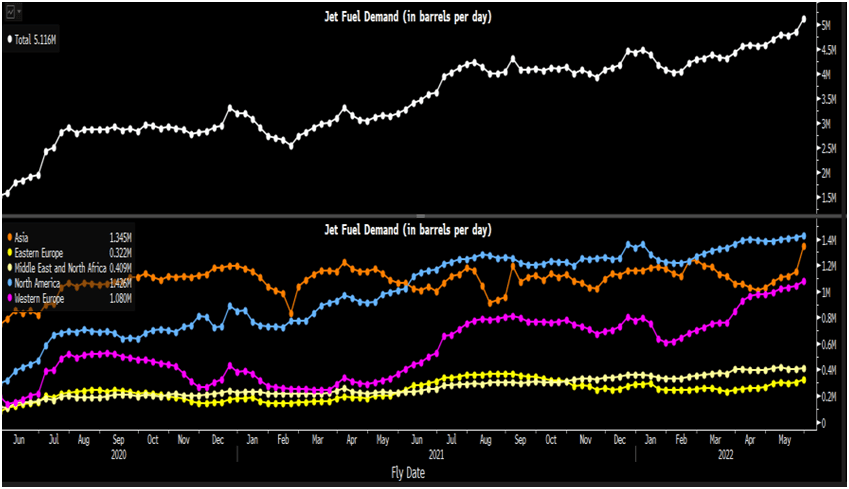 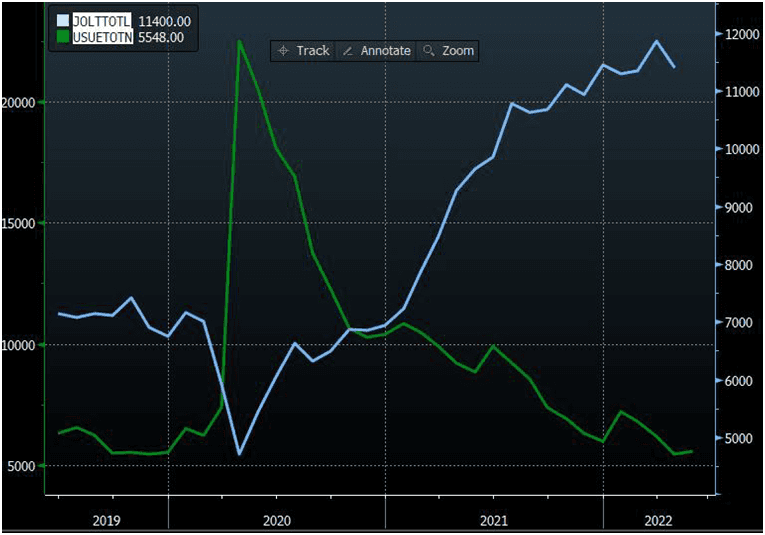 Prior to CLFAM, Mr Chow spent 7 years at Value Partners Group, the first hedge fund to be listed on the Hong Kong Stock Exchange, where he was a Group Managing Director.

He started his career at UBS as an equities trader and went on to take up portfolio management roles at BlackRock and State Street Global Advisors from 2000 to 2010.

Mr. Chow holds a Master’s degree in Science in Operational Research from the London School of Economics and Political Science, and a Bachelor’s degree in Engineering (Hons) in Civil Engineering from University College London in the UK.

Sky Kwah has over a decade of work experience in the investment industry with his last stint at DBS Private Bank. He has achieved and receive multiple awards over the years being among the top investment advisors within the bank. He often deploys a top-down investment approach, well versed in multiple markets and offering bespoke advice in multiple assets and derivatives.

Prior to his role, he worked at Phillip Capital as an Equities Team leader handling two teams offering advisory, spearheading portfolio reviews and developing trading/investment ideas.

He has been interviewed on Channel News Asia, 938Live radio, The Straits Times and LianheZaobao as a market commentator and was a regular speaker at investment forums and tertiary institutions.

The information contained in this website is for general information purposes only. The information is provided by Raffles Family Office Limited and while we endeavour to keep the information up to date and correct, we make no representations or warranties of any kind, express or implied, about the completeness, accuracy, reliability, suitability or availability with respect to the website or the information, products, services, or related graphics contained on the website for any purpose. Any reliance you place on such information is therefore strictly at your own risk. In no event will we be liable for any loss or damage including without limitation, indirect or consequential loss or damage, or any loss or damage whatsoever arising from loss of data or profits arising out of, or in connection with, the use of this website. Through this website you are able to link to other websites which are not under the control of Raffles Family Office Limited. We have no control over the nature, content and availability of those sites. The inclusion of any links does not necessarily imply a recommendation or endorse the views expressed within them. Every effort is made to keep the website up and running smoothly. However, Raffles Family Office Limited takes no responsibility for, and will not be liable for, the website being temporarily unavailable due to technical issues beyond our control. All personal information provided via this website will be considered as confidential, and we shall only use this information for internal purposes to ensure compliance with our regulatory obligations. Users of this website expressly agree that, notwithstanding all precautions in place, the internet network does not constitute a fully secure means of communication of information and that you use the Internet at your sole discretion and own risk to the exclusion of any liability to us, inter alia in case of interception by third parties of any of the information you provided on this website. Raffles Family Office Limited observes the provisions of the Hong Kong Personal Data (Privacy) Ordinance, Laws of Hong Kong (Cap 486) and the Singapore Personal Data Protection Act 2012 when processing any personal data. This website uses cookies, particularly for site maintenance purposes and to collect technical information on website utilisation. This website and the information included herein is not intended for public use or distribution and is subject to updating, revising, completion, verification, amendment and deletion without any notice. Any research or analysis used to derive, or in relation to the information has been procured from sources deemed reliable by Raffles Family Office Limited for its own use, without taking into account the investment objectives, financial situation or particular needs of any specific investor. The content of this website is the sole property of Raffles Family Office Limited and is protected by copyright. By using this website, you agree not to copy, duplicate, store, reproduce, retransmit, distribute, disseminate, sell, publish, broadcast or circulate the contents of the website, directly or indirectly, to anyone for any purpose without our express prior written consent. Nothing on this website should be considered as granting any licence or right under any trademark of ours, our licensor, or any third party.

IT IS UNDERSTOOD THAT BY CLICKING ON ‘ACCEPT’, YOU EXPRESSLY ACKNOWLEDGE AND AGREE THAT YOU HAVE FULLY READ, UNDERSTOOD AND ACCEPT ALL APPLICABLE TERMS AND CONDITIONS OF USE AND ALL LEGAL AND REGULATORY RESTRICTIONS THAT MAY AFFECT YOUR ELIGIBILITY TO ACCESS THIS SITE.